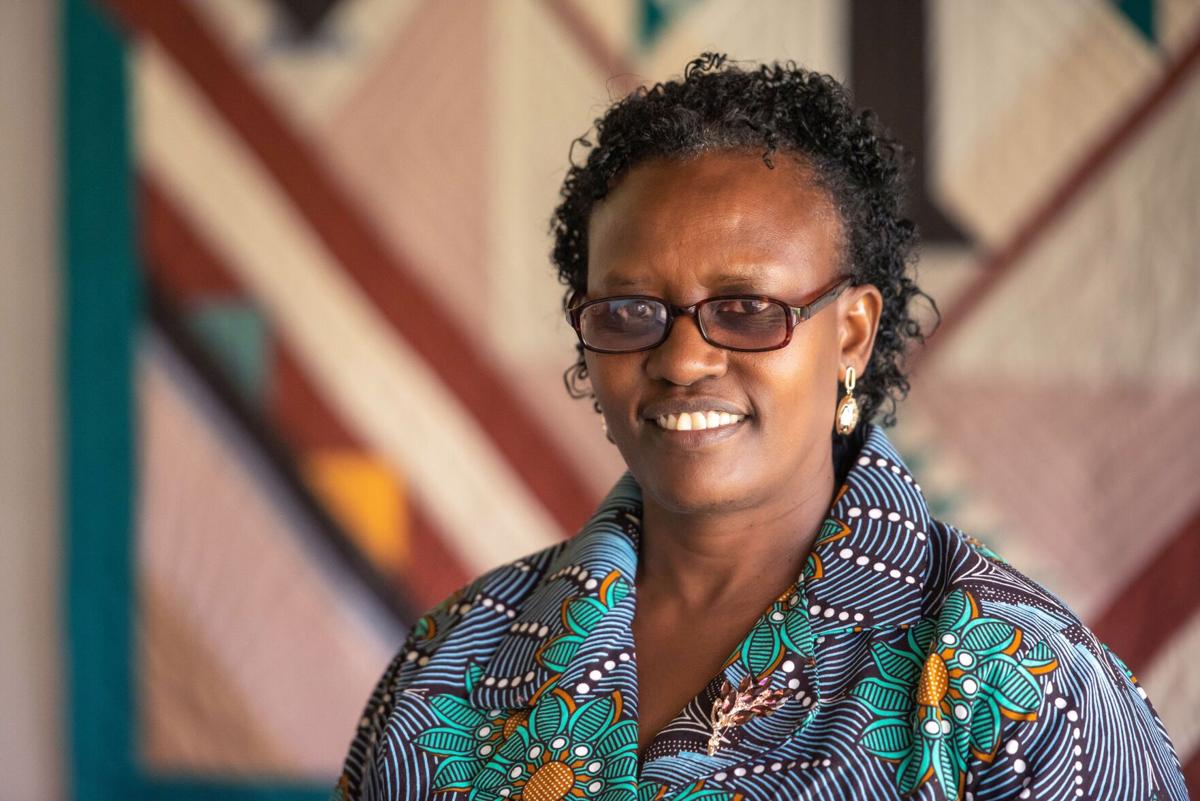 By Dani Messick of the Goshen News

This article originally appeared in the Goshen News (May 13, 2022) and is shared with permission.

ELKHART, Indiana (Goshen News) — The 21 graduates of Anabaptist Biblical Mennonite Seminary had a variety of reasons for choosing to attend the seminary.

For Esther Muhagachi of Dodoma, Tanzania, that reason is social justice.

Muhagachi, who anticipates graduating from the AMBS’s Master of Divinity program in December 2022 with a major in Christian Faith Formation, was one of eight to receive a Master of Divinity during the AMBS 2022 Commencement ceremony April 30.

Currently working with the Christian Council of Tanzania, Muhagachi is empowering women and girls in gender justice as the director for women’s development, children and gender; offering capacity-building training for women who are leaders and pastors; and advocating for women in leadership. The council is an umbrella for 12 churches in the country along with several organizations.

“Most of the women in Tanzania have not been included mostly in leadership and decision-making,” she explained.

Much of her work comes from creating pathways designed to empower women and children on issues of gender-based violence.

“We encourage children to stand on their own two feet for their rights,” she said.

Specifically, Muhagachi touches on topics such as female genital mutilation.

“It’s a violation against girls and against God’s creation also,” she said. “We do dialogue on how we can stop this. We train boys and girls to know that it’s their right to not be violated, and we train boys so they can teach their sisters to not be mutilated.”

She also educates them on why it happens, and the advantages and disadvantages of female genital mutilation and of standing up against it.

Her unique work, she said, focuses mostly on, “empowering women so they can do something instead of sitting there complaining that we are being oppressed.”

It’s a long road ahead for the upcoming AMBS graduate, but her work with the Christian Council of Tanzania began in May 2020, and it’s just the starting point for her future plans. Her position on the council allows her to get to know church leadership, to seek out others who are likeminded.

“You cannot fight alone,” she said. “You need to walk with people.”

“‘Mama Naweza’ is a [Swahili phrase] that one can use to encourage a woman who feels that she is unable to do something,” Muhagachi explained. “I pray that God will help me to see this happen since we have many women in my country who have given up, yet they are able.”

While there are a handful of women in Tanzania who have theological certifications and even some with diplomas, Muhagachi will be the most highly educated female theologian in her country.